I once had a conversation with a student of mine where I mentioned to her that the Japanese snack makers didn't seem to have much success with their varieties since they kept changing their products and trying out new variants rather than finding flavors the consumers enjoyed and continued to purchase. She responded by saying that, when she last went to the U.S., she felt sorry for Americans because they were always offered the same old things and didn't get a chance to sample as many varieties.

The perspective each of us held summed up pretty well the difference between the Japanese consumer view and the American one. The Americans generally look for something great to add to their regular rotation of consumption. The Japanese are looking for something novel to try before they move along to the next interesting thing.

Enter Pepsi White. A lot of people who have sampled this drink and blogged about it have wondered why it exists at all. They figure Pepsi is trying too hard or trying to be too wacky. What Pepsi is doing is building brand name recognition and interest in their drinks through offering short-lived varieties. The consumer is not supposed to love Pepsi White (nor were they supposed to be great fans of the previously released Pepsi Cucumber). They are only supposed to be curious enough about it to buy it until the limited distribution of it peters out. 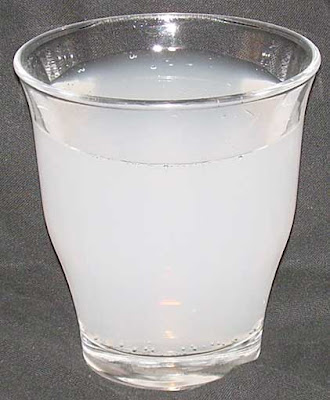 Keeping this as well as the bad reviews of Pepsi White in mind, I decided to give it a try. It's rather difficult to find since I couldn't locate it at any supermarkets. I could only get it at a 7-11 (which I rarely patronize). This fits in with the idea that the drink is for novelty. They expect people who are perusing a convenience store for a snack or drink to be more open-minded than the housewife looking to buy ingredients for tonight's menu.

The convenience store price for a 500 ml. beverage is about 150 yen ($1.60 USD) so this was an expensive experiment. The packaging for the bottle looks pretty nice with the white label and little Pepsi logos. The ingredients list reveals that it contains fructose syrup, flavoring, citric acid, preservatives, and caffeine. No calorie information is offered, but I'm guessing it's the same as standard sugared soft drinks.

A sniff reveals strong hints of lemon with a weaker hint of yogurt. The lemon element is likely from the recipe for original Pepsi as regular Pepsi contains lemon. The first sip offers the taste of Pepsi with a yogurt-tasting finish. The flavor is actually multi-layered at first, though after a few sips, it seems to come together into a funky combination followed by more of a taste of Pepsi with a odd yogurt aftertaste.

This is definitely a peculiar drink, but it is exactly what it sells itself to be. That is, it's yogurt Pepsi. The question isn't whether or not Pepsi successfully merged the flavors together, but rather whether or not they should have. As a curiosity being marketed in a country where yogurt drinks are very popular, there is some sense in offering Pepsi White. As a drink a person is supposed to drink and enjoy, it doesn't work at all. Still, it'd be interesting to see if the sales of regular Pepsi were favorably impacted by the release of strange novelty flavors like this.
Posted by Orchid64 at 12:00 AM

This sounds rather...interesting. I will never forget the day I was craving something different (years ago before I quit drinking Coke) and found myself at the stop-n-rob in the concourse at work.

There I purchased my first and last "Pepsi Blue". This was, perhaps, the most vile thing I have ever tasted. It tasted of super sweet Hawaiian Punch laced with bleach, hydrochloric acid and unwashed undergarments in tainted water that just had an effervescent denture cleaning tablet thrown in. I only had two sips and that was plenty.

I took my remaining money and purchased a proper Coke. I vowed that I would be skeptical of any funky fresh drinkage in the future and would encourage others to guinea pig them for me first! LOLz!

When I look back, I think that I rather enjoyed the experience of trying something different. As your student pointed out, we don't get a lot of new exciting things. I guess we don't like change and are comfortable with the same-old-same-old.

I think Americans tend to not want to waste their money on novel experiences which might be bad. It's one of the reasons people order the same really good dish at restaurants again and again. I don't think this is a bad thing. It's just a different general cultural outlook.

I liked your description of the taste of Pepsi Blue and the "stop-n-rob". :-) Thanks for reading and commenting!

Ahhh... I missed to taste this pepsi white... I don't know why I didn't realize that Japan has Pepsi white when I visited Japan earlier this month *snob*
Note: Can I link your blog to mine?

Please do link my blog to yours. I'd really appreciate it. I'll link yours as well in my food reviews area. :-)

I disagree with badmoodguy mike, i tasted the blue hawaii pepsi and i think it tastes great! I bought a few at one time and still have one in the fridge, which i'm making last, because i love it so much!

I think the thing about Japanese is they are willing to try different things, whereas americans seem to just like the same old things, where is the imagination in that?

I respect pepsi for catering to their market in Japan, i just wish they would do the same in australia, we seem to love new fad flavours too.. I'd love to try the pepsi white, as i think the taste would be like yakult and soda.

It was interesting to read your opinion on this one as my husband tried it and all he would say is "ycuk!" I didn't really feel up to trying it as it reminded me of Laverne and Shirley and how she mixed milk and Pepsi (I think it was pepsi. I am really dating myself with that one.)

My opinion on the Japanese quest for something new and interesting to eat/drink switches back and forth between "fickle" and "adventersome" depending on the mood I am in on any given day.

I was on vacation in Japan for the past 10 days and tried it last week, and I actually liked it pretty well. I do wish we had more limited edition flavors in America, but I don't think they would sell well.

I also acquired the curious Soy Sauce KitKats. What a letdown.

Any one remember Pepsi clear? And that it supposedly gave you cancer? That right there is why you don't see crazy Pepsi flavored drinks in the States... However I do think it would be cool... Pepsi tasted like crud anyway(coke drinker) so why not do crazy flavors.

Hi, ybunnygirl, and thanks for reading and your comment.

I don't remember if Pepsi Clear was around when I was in the U.S. (I think it wasn't). Since all colas tend to get color from caramel coloring, I can't see how withholding the coloring agent would cause cancer. It was probably just a rumor started by someone looking to get something started.

Like you, I'm a Coca-cola drinker, though I can deal with Pepsi in a pinch. My biggest addiction is to Diet Coke (or Coke Zero, as it's now called).

I'm sure Pepsi will come out with another inventive flavor in Japan some time this year. It'll be interesting to see what they do.

"There I purchased my first and last "Pepsi Blue". This was, perhaps, the most vile thing I have ever tasted. It tasted of super sweet Hawaiian Punch laced with bleach, hydrochloric acid and unwashed undergarments in tainted water that just had an effervescent denture cleaning tablet thrown in. I only had two sips and that was plenty."

I don't see a search feature on your site, so I'm not sure if you're already aware of this, but Fanta now makes Fanta White and it, too, is a yogurt-flavored soda.

Hi, Meredith. I have seen the Fanta White, though I haven't tried it. Frankly, I can't keep up with everything. ;-) I could review Japanese snacks until I'm old, grey and on my death bed and I'd still never get to it all.

There is a search feature, but it is built into blogger. If you look at the upper left hand corner of th window, there should be a little red box with a white "B" in it next to a search box. You can type anything into that box and it'll search the blog you're currently reading. Of course, if you don't see that, then it might be some sort of browser thing which looks different on each browser. I use FireFox on both my PC and Mac, so I'm hoping you can see it in your browser, too.