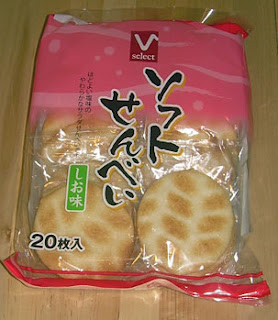 You can tell someone has spent a long time in Japan when... okay, I swore I'd never start a sentence like that because I hate when people talk like that. They mention things like you start to bow while talking on the phone or you gaze at, hold, and handle any business card you are given like it is a priceless family heirloom, blah, blah... For me, well, I'm afraid that there are residual things which show how long I was in Japan, but they are a little unusual. One is that, after more than 6 months in the U.S., I still am moving to the far edge of the sidewalk (the left side, of course, not the right as most Americans do) when I see a bicycle as I expect to have to let it pass me. For those who aren't in the U.S., I'll say that bikes aren't supposed to and generally do not ride on sidewalks at all here so it's a thoroughly misplaced response. Another is that I continue to be appalled that people wear shoes in their homes because it really does make the floors utterly filthy (truly, it does). Finally, I talk about "salt" as if it were actually a flavor rather than a seasoning, as is the case with these sembei.

In Japan, they don't talk about things like "plain" potato chips. They say they are "salt taste" or "salt flavor". The same goes for this sembei, which is, after all, the equivalent of a potato chip in Japanese culture. The front of the bag even says "salt flavor" on it in the little green box. So, I have some residual tendencies that I either need to get over or accept as ingrained parts of my personality. These are, "plain" sembei in American parlance. Incidentally, I struggle similarly when offering tea to guests. I ask them if they'd like it "straight", as if it were some sort of alcoholic beverage that one could take with a mixer or straight up. The first time I asked a guest how she's like her tea and she said, "plain", I was strangely surprised at that.

There was a time when I would have never welcomed "plain" sembei into my life. That's before I left Japan and have found myself hopelessly sentimental about many of my experiences there. My husband and I went to Nijiya Japanese market and he talked with a fellow who was putting out samples of fish cakes and choux cream (er, cream puffs) about how we patronized their establishment because it was so "natsukashii" (sentimental). As I perused aisle after aisle of over-priced snacks and food, my eyes were drawn to this because it was a mere $1.29 for 102 grams/3.5 oz./20 crackers. This priced it squarely at the same point as similar crackers at my former local Lawson 100. There's nothing more sentimental than cheap snack fodder, especially for someone who has been writing about such things for 4 years!

The company that makes these, "V-Select", let's us know that the "V" stands for "valor". There are three major lines, and "select" translates to "cheap". You'd think that they'd say the "V" stood for "value" in such a case, but I guess they wouldn't want to apply that so liberally to their "organic" or "quality" lines. This is actually a store brand in Japan for a market chain called, yes, "Valor". Their web site isn't very forthcoming about products, but the line includes things like jam and pork products. Unsurprisingly, store brands are no more exciting in Japan than they are in America. They just have different writing on them. 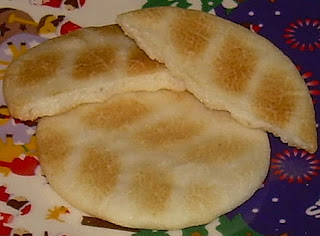 As for the sembei themselves, they are called "soft", but in Japan that means they are light and airy rather than dense and harder. These are still very, very crispy. There's really nothing "soft" about them. This mainly means they are easier on your teeth and less brittle. It's the difference between a cheese puff or ball and a Cheeto.

Since these are plain ("salt") sembei, they have a very clean baked rice flavor which I used to find pretty obnoxious in my early days in Japan, but now I'm not only nostalgic about it, but enjoy it. The saltiness level is just enough to add interest, but not so much as to make you drink glass after glass of liquid to compensate. The flavor has depth and is subtle, but is not boring, at least not if your taste buds haven't been flavor-blasted into oblivion such that you can no longer detect gentler flavors. Incidentally, that does happen to people.

All nerve endings or senses get saturated and loose sensitivity. If you read sex advice columnist Dan Savage, he'll tell you that this works for certain very sensitive areas of the body as well and he advises men in particular not to use a death grip on certain parts of their anatomy during certain types of activities or they will lose sensitivity and find it hard to enjoy other types of activities (this isn't an adult-content blog so you'll have to fill in the details with your fevered imaginations). The same goes for the tongue, and I don't mean when talking about the types of things Mr. Savage talks about. I mean in regards to detecting flavors of things. If you're the type of person who has been employing the equivalent of a "death grip" on your taste buds, rice crackers like this are going to bore you into a deep slumber.

Fortunately for me, years and years of blandness in Japan and judicious protection of my palate since coming to the U.S. allows me to taste a plain rice crackers subtle pleasures. To me, this sembei not only tastes pretty good, but it taste like Japan. At 50 calories per two (palm-size) cracker packet, this satisfies a craving for a salty, crispy snack quite nicely. I'd recommend them to anyone who hasn't wrecked their ability to taste, and advise those who have to stay clear.