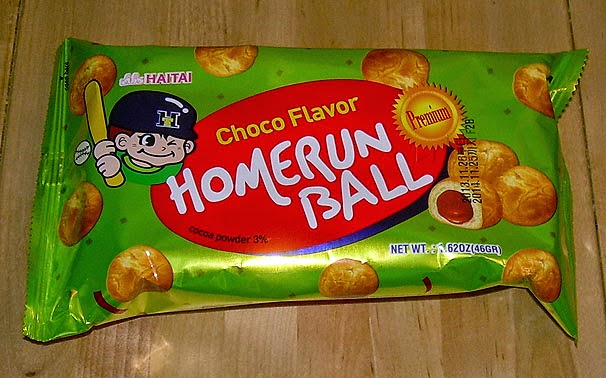 I'm not a person with a plethora of bad habits. In fact, I'd say that I have far fewer of them than the average person. I don't procrastinate. I don't smoke or drink alcohol. I maintain good sleep hygiene habits. I don't watch much T.V. nor engage in any activity to excess. I do appear to have one habit which I might want to consider breaking. That habit is making decisions about food based on how amusing I find the names of the products to be.

I picked this snack up at a Korean market because the idea that it was named after baseball struck me as funny. Now that I have tried them, nothing about them is the least bit entertaining. I'm not even sure now why I found the name amusing, but I guess it's because it seemed weird for a Korean snack to be named after something related to baseball.

Incidentally, if you look at the picture, you will note that their is a graphic of a gold emblem in the upper right which says "premium". Now that I think of it, that is the most hilarious part of this. The product contained inside is about as far removed from being "premium" as I believe a treat can get. 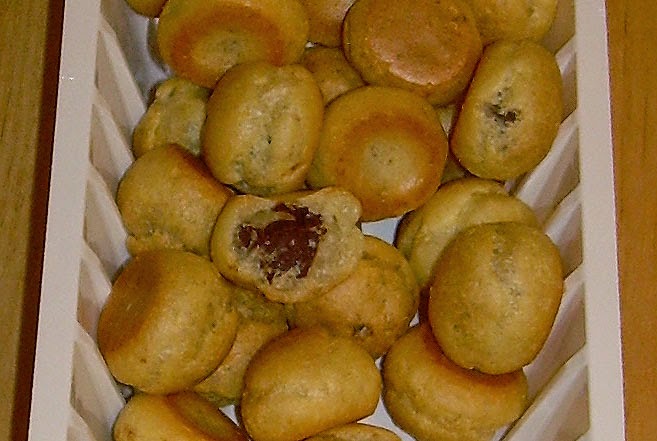 The picture on the outside shows you what looks a little like a chou ball filled with chocolate cream. The little balls of dough contained therein are reminiscent of a choux pastry. They are airy and actually taste similar to those French delights. The point at which they diverge is the texture. If you bought a choux and left it sit in a closet for 6 weeks or until it reached a desiccated state more akin to Styofoam packing peanuts then injected it with a bit of chocolate, you'd have these. In fact, the major failing of these, and it is an incredibly enormous one, is that the balls are so dry and the texture is spongey and lacking in all delicacy.

It could be that there is some truth is advertising involved in this product. I've never chewed on a homerun ball and these might actually have verisimilitude with a baseball if you tried to eat one. I can't imagine it could be a whole lot worse than one of these.