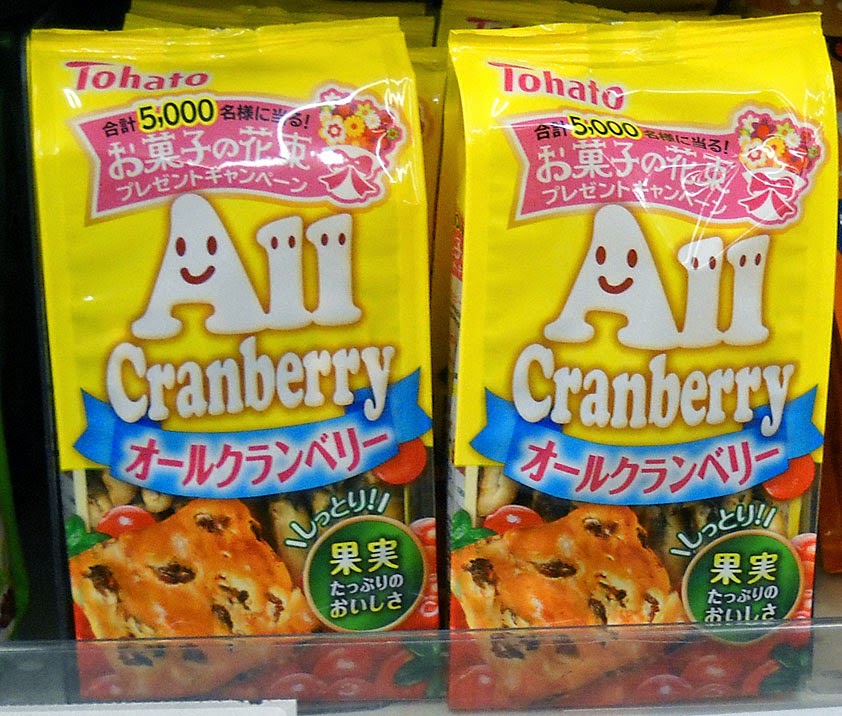 It's becoming clear that cranberry is now a thing in Japan. I've been seeing more items containing cranberries including some chocolate-covered ones. I've done a bit of research and this sort of spread of cranberries isn't truly new to Japan, but it's definitely seeing a surge right now which I either didn't experience or notice during my 23 years in Japan. Since I love cranberries, and found them in short supply while I was in Tokyo, I hope I would have noticed if suddenly cookies and candies featuring them started popping up all over the place at the same time. However, I'm not so arrogant about my perceptual skills as to say it didn't fly right by me.

These "all cranberry" cookies are the latest in the long line of fruits that Tohato has dried out and sandwiched between two biscuits in their rip-off of Garibaldi biscuits. I've not been entirely impressed by the "all fruit" line in the past so I gave it a miss. I may be persuaded otherwise in the future, but I have more than enough snack review fodder lying around and don't need to toss another pack on the pile.
Posted by Orchid64 at 8:00 AM