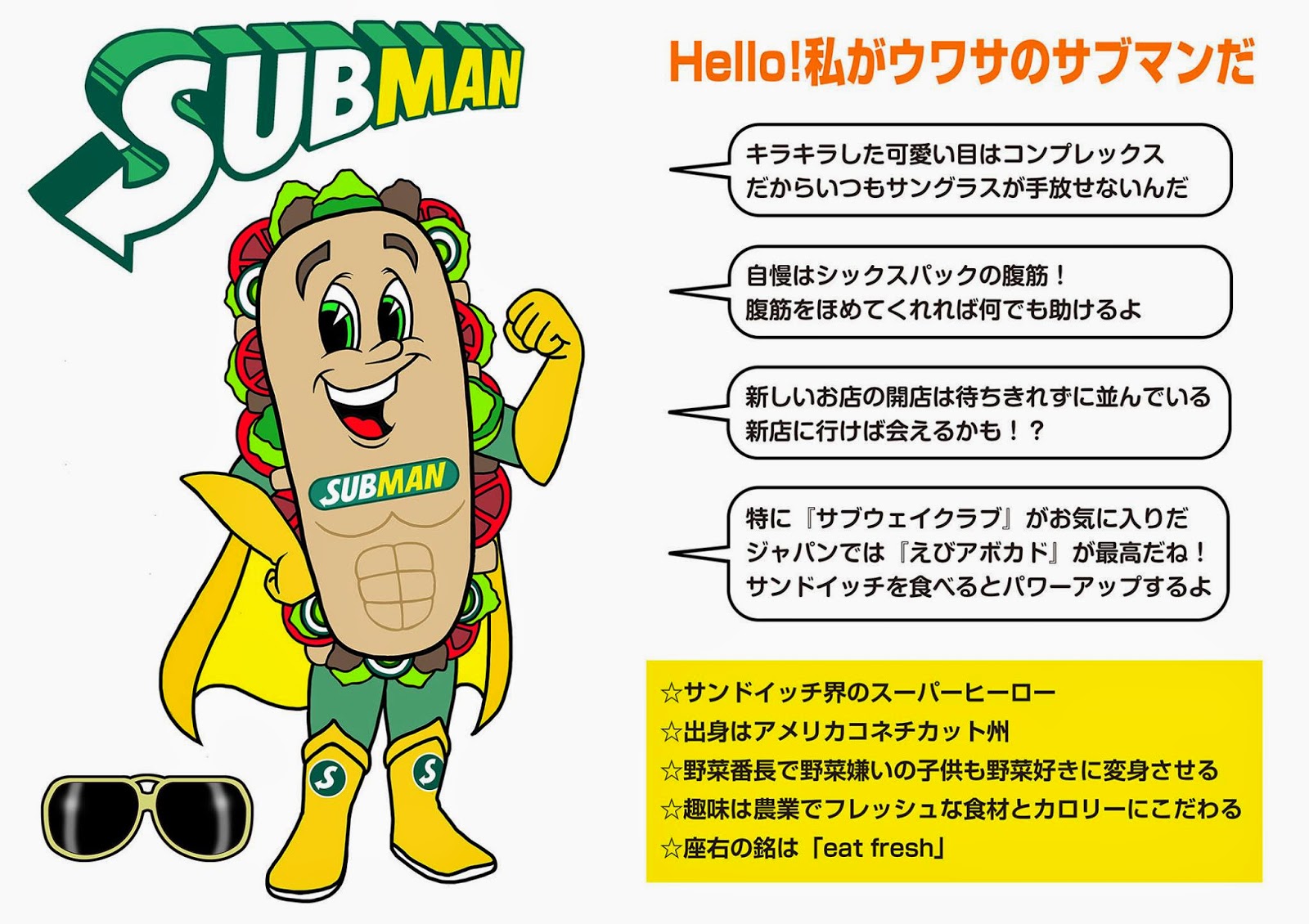 
Anthropomorphic mascots are pretty common all over the world. Mr. Peanut was one of the earliest in my recollection. I'm guessing he wasn't created in a time when graphic design and marketing were as sophisticated as they are now. These days, companies have the chance to do surveys and focus groups to test the impact of an image on the market before they unleash it upon the unsuspecting population. For that reason, Subway Japan's mascot surprises me.

I have to say that I am more than a little disturbed at the idea of a bun with abs and pecs. I'm not sure what that's creepier than one with appendages and a face, but it just seems weird that muscles are being carved into bread. Even if one thinks that muscular baked goods are no weirder than those that can smile, the commercial featuring their mascot visiting the sandwich shop he represents reveals that most appalling of behaviors - cannibalism.
Posted by Orchid64 at 10:02 PM